Stressed Out Mom Who Can't Decide I'm a single Mom of two adult children. I raised them for the most part, but their father was involved in their lives while they were growing up.

He was not a very good role model as a father. He has major anger issues and has been verbally and physically abusive to me and eventually to the children. Mostly, with them it has been severe verbal abuse.


My son is currently serving 60 days in county jail for 3 DUI's. He was normal growing up and is very smart, but wound up hanging out with the losers in high school. I did my best to set boundaries but he always chose to do what he wanted.

He was out of control for many years abusing drugs and alcohol. He is also very angry. It's gotten worse since he has been in jail. He feels entitled and that he does not have a problem. He has no relationship with his father, and at the age of 11 moved in with me permanently.

When he acted out of control and became abusive towards me I would wind up kicking him out and sending him back to his father. Not the best thing for me to do, but there were times I just couldn't take it anymore and needed peace in my life.

I have a full time career, I spent every evening with them, and attended every sport event they were involved in. I was a fully supportive mother to both of them. They were never neglected and had my total devotion and support.

My daughter has grown up to be a very centered and grounded person. She chooses to be happy every day and is. But she also developed the mother instinct early on because of the divorce. She was 5 1/2 and my son was 11 months old when we split up.

Now with my son in jail and due to be released soon, I am fearful for him and his future. He wants to return to live with me until he has enough money to afford his own place. He refuses any type of therapy or program because in his mind there is nothing wrong with him.

He feels that sense of entitlement that so many of his generation feel. I told him he could come back with certain boundaries. But I don't think he will abide by them. It is very difficult at times to talk with him as he withdraws, gets angry or storms out. 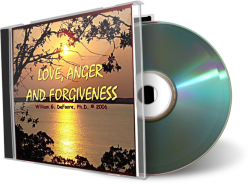 He and I have been very close his entire life, I know I have enabled him and am now working on being a better parent. I want him to take responsibility for his actions, and be accountable. He is a very charming, and has a very outgoing personality. People are drawn to him because of his easy personality.

I know it sounds weird--how can someone be so angry and also so likable at the same time? I believe his issues are related to his father's verbal abuse of him. It started when he was young and he never let up on him.

I don't know what to do, I am overwhelmed with people telling me what to do. They are suggesting I not allow him back into my life. He has no place to go when he is released in a few weeks.

At first I said he couldn't come back, but I felt so bad and guilty that the next day I said I reconsidered and that he could come and stay with me for a limited period of time. We set a date, and then he tells me about all this time off he plans to take. He has a job to go back to. Then I began to feel that same sense of entitlement from him.

Why should he be taking time off when he needs to work to earn money to rent an apartment? I haven't had a vacation in years and he is planning on staying with me while he plans on spending time with his girlfriend. She also has a full time job, so I don't see that happening.

She and I have been collaborating on ways to bring him around, but he still gets angry or changes the subject when rehab or recovery come into the conversation.

I know I can't change him, I can only change myself. But as my son I just want him to grow up and accept responsibility and be accountable for his actions.

I am on antidepressants. I am overwhelmed with dealing with him and his issues, but I cannot give up on him.

I would love some feedback from other parents who are suffering. How do you deal with a 25 yr old man who refuses to accept he has alcohol and angry issues, and lives off his friends and me.

He can no longer live with friends. His couch surfing days are over, which is why he asked to live with me, with no offer of rent. Am I doing the right thing to allow him back in? Have I set enough boundaries for him to live here for several weeks until he can get his own place?

I can't force him into rehab, and he refuses to even consider it. I backed off because it only brought on more grief and angry words.

Please help if you have any advice. I am at the end of my rope as to what to do. It has gotten to the point where I am not functioning as I should. I need to take care of myself.

I go to yoga, still work everyday, but am getting very stressed about his release and what will happen.

If you read this far, sorry for the long discussion, I just need to share my feelings or I'll go crazy!

Hello Roberta, and thanks for telling your story here. You are exactly right about needing to take care of yourself. You are also right that if he is to get better, that is up to him.

You already have the wisdom, and the right answers. You're just having trouble acting on your wisdom, which is understandable under the circumstances.

I hope that other parents will answer your request for feedback. My two cents worth is that it would be unhealthy for you and your son both, for you to let him live with you again, but that of course has to be your decision.

You might benefit from this page on letting go of a relationship. Remember, love is letting go...and trying to get someone to change may not be perceived as love at all.