Should I Keep Giving Money To My 20 Year Old Son? I've been on this website to talk about my son before. I'm a lone parent of 2 (now young adults). I've done everything for them and made sure they had everything.

So, while we weren't rich, they did well in school classes, had school led holidays abroad, gadgets and family holidays.

But it's never been enough for my son. His dad has never been around nor has he ever paid a penny for them. I don't understand why my son has now stopped talking to me.

He sees his university friends with their own flats and I'm guessing he hates me as I cannot afford a flat for him. He often stays with a mate, who is not in university, but has his own flat bought through inheritance.

He stormed off a few weeks ago when I woke him up about half an hour earlier than he wanted. It was university exam time. He vandalized his room and room door, swore at me and shouted that he hated me. He came home once only, to get money from the house, while I was at work. I'd left cash and said to my daughter that she should hand this to him but not say it came from me. 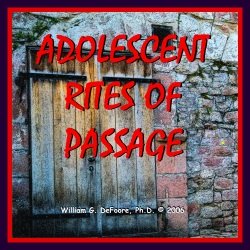 My daughter says he often asks her for money for food. I've sent him texts to say he can come home as long as he fixes his room, his door and promises not to swear at me etc. I didn't say that I wanted an apology.

Should I continue to communicate or leave things as they are? I know he's short of money and as a mum, I don't want him to go hungry.

My daughter tells me he's trying to find a part-time job so I'm sure he's not tempted to earn money illegally. Do I continue to give him money, via my daughter?

Any advice would be appreciated.