There is a kid in my class who tends to act very stupid just to try to get the "cool" kids to like him. He is smart, we are in all the honors classes together, but he always makes the most idiotic and mean comments. One of the things the boys in my class tends to do is to call each other gay.

A few times he took pictures of me talking with a boy and sent it to the whole school. I made a comment that maybe either he is interested in me, because he cares so much about the guys that I hang out with, or that he is interested in the guy and is jealous. After that everyone was teasing him and saying how gay he is. It also doesn't help that he likes to wear skinny jeans and tight shirts that are in bright colors which some people say is gay.

We had just started our midterms, and a math teacher decided to give us a review on the Sunday before the test. I was sitting two seats away from him, and the whole time he was "whispering" how he knows all of this stuff, and he has a 99 average and doesn't have to be there and a few times I told him to please be quiet so that I can hear what the teacher is saying. He was quiet for a few seconds and then would start up again. Oh, and by "whispering" I mean saying it loud enough for the whole back row to hear him.

Later when I got home, I saw that on the math chat he was asking a question about a problem on the practice test. I got really pissed because if he was actually listening instead of bragging he would have known the answer, so I answered "I thought today you were bragging how you have a 99 average, and that you don't need help with math. If you are that good I think you can figure it out."

Everyone was congratulating me on the "roast". Even though that wasn't my original intention to roast him, it still felt good.

Then today I was asking about a game on the chat. He said that the game was for pervs, so I answered that it should be perfect for him. He answered why am I keep trying to roast him, I just got lucky last week. I replied "I'm not trying."

There were a few more instances where he was way mean, but that was mostly stupid stuff where he was really asking for a comment. Now I have a friend that is very honest and blunt. She texted me today and said that it seemed to her that I was acting a bit mean. She told me that just because he can act stupid I shouldn't go to his level and say mean stuff. I sometimes have a problem that I don't always think things through before I speak. Also recently I have had some problems at home, nothing major, but with the combination with the stress from the midterms I have a bit of a short fuse.

On one hand I feel bad about saying some mean stuff where he doesn't deserve it, but in some places I don't feel guilty. On one hand because he acts so stupid, now every time he says something in the class chat, no matter if its smart, stupid or just normal people pick on him, but on the other hand he brings it onto himself.

I want to apologize, but he is the type of kid who would go around telling everyone that I came up to him and then I will also get picked on even more than I already am. Also he likes to test people, if they are easy and don't "bite" back, he picks on them to show the "cool" kids how "cool" he is. If I apologize he will just continue to take pics of me and try to set me up to look stupid.

I don't know what to do. Can someone please give me advice? 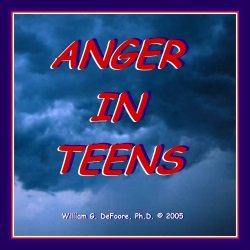