At My Wits End With My 30 Year Old Daughter My 30 year old college graduate daughter lives with me - pays no rent, and has a part time waitress job. I am retired and separated from my husband. My daughter is a photographer, and makes very little from it.

She does help me around the house, but wants to dictate to me what I should do daily and when I should do it. She criticizes how I do some things or says I am lying if I say I am going to do something at a certain time and then put it off til later. 12 years ago, she had a bout of meningio-enchephalitis, causing her to require a ventilator for more than a week, and was then about 5 months in several rehabilitation facilities.

She recovered sufficiently to earn a BFA from our state university, but seems to still have some short term memory problems, issues with wanting to control situations and easily hurt feelings. I have anger control issues and we argue daily over seemingly trivial things.

Hello, and thanks for telling your story here. I respect your efforts to help your daughter. I know you want what's best for her, and your current situation does not seem to be working well for either of you. I will try to help.

I have worked as a professional counselor for over 40 years, and in that time I have seen people with very limited skills live successfully on their own. I have known of many individuals with nowhere near your daughter's level of functioning, who were still able to live independently and in many cases support themselves financially. 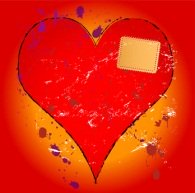 You stated that your daughter earned a BFA at your state university. And you also said she has some short term memory problems, wants to control situations, and gets her feelings hurt easily. This does not sound like a person who needs to be supported by her mother. These issues are manageable, and in no way preclude her from independent functioning.

I want you to consider that the anger and conflict you are having is because at some level, both of you know it's not right for her to be living with you, supported by you. She may be (subconsciously) trying to push you away, because she truly wants to be independent.

I don't know how exactly you can do it, but I highly recommend that you set a date by which she has to be living on her own, and then move toward the goal of her supporting herself financially.

I'm concerned that until this happens, the conflict will continue, and that will not be good for either one of you.

Take this action for yourself, not only for your daughter. You are worthy of respect, and it sounds like she is not being respectful to you...which is probably why you're so angry with her.

Make up your mind that you will make the situation better, and don't give up. You can do this.