Our son has only just turned 13, but he is showing increasing signs of aggressive behaviour (pushing past us in the hallway en route to his bedroom when he is upset with us, slamming his bedroom door, swearing, pointing his finger at us and yelling in a threatening manner, showing little empathy to others in his family), as well as a shorter fuse in general. He has grown/developed a lot over the last few months physically and started high school as well, so we are aware it's a time of much change.

However, we feel that is no excuse for his behaviour at home. At school he is a wonderful student (and always has been). I am starting to feel worried about parenting him and his younger brother who is 10 on my own after school before their Dad gets home from work. There seems to be a daily argument that flares up and as a result I have found myself getting more angry at my 13 year old - which I can feel is just combative and making things worse. When he has calmed down and we have a long chat, and he opens up, he is fine and appreciates talking to me/his Dad and all is well...until he gets angry about something the next day.

We spend time listening to him and acknowledging his feelings, myself and his Dad both spend regular one-on-one outings with him to the football or a meal out and have chats and talk about his life and how he is going. We make it a priority to be around and be present and I know we spend more time with him than some other parents do with their kids. There are times when our 13 year complains we take his younger brother's side more, which I can understand and I am conscious of being fair. I admit I have expected more of him as the older sibling and been tougher on him than his younger brother, and know this has been a cause of upset for my 13 year old and he has talked to me about this.

However, what we as parents do feels like it cannot meet his expectations. For example, last weekend my husband took our 13 year old to a football game with special seats. The next day I took him out for most of the day, we went for a long walk, chatted, had lunch at a cafe, and then Sunday we all went to watch him play in his football team and then his Dad took him to watch a sports game in our local area. My younger son, in terms of quality time & attention got much less, yet he did not complain or pick the weekend apart, pointing out unequal treatment. 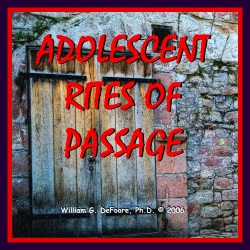 I will work on remaining calm when he is angry however at times he does not calm down, in those times I ask him calmly to go for a walk or go to his room to calm down - I cannot have a long chat with him when he is emotional and feeling angry. At that point, he will turn it into a debate. There have been a few times now in the last couple of months where I have asked him to go to his room to calm down or go for a walk but he has refused and disrespected me. He is almost as tall as me now and I feel I am losing my confidence in parenting him along with his respect for me as his parent.

Myself and husband are really at a loss as to how to reduce this anger in our son. He was due to get a mobile phone soon but we are now thinking to wait a bit until we give him this privilege as a consequence for his behaviour. He has a good group of friends at school that are nice boys and he enjoys going to school.