Signs Of Emotional Abuse In A New Relationship? I've been with my new partner now for 10 months. I feel like it has been a whirlwind of a beginning. He has had a lot of problems dealing with his ex-partner and his two kids with her.

Their constant fighting has taken its toll on our beginning. Then to really rock us, there was the passing of his youngest brother. This was by far the hardest on our relationship.

Don't get me wrong he was so sweet, loving and caring toward me. But once his brother passed, the anger took over.

He has always mentioned he had anger issues in the past that he had worked on far before us. But I've never seen such anger in him until he lost his brother. I became the easy target. I coped with all of the mean words and aggression because I knew he wasn't himself. 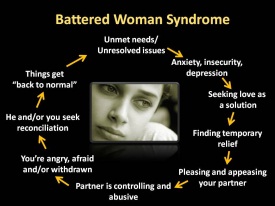 But here we are 4 months since his brother's passing, and it just seems like the anger won't disappear. He constantly belittles me, dismisses my feelings or thoughts. He shuts me down and doesn't take anything I say or feel seriously.

It’s so hard to distinguish if this is who he has always been, or if it is just his grief. I feel I have been robbed of my honeymoon period of getting to know one another. So much has happened in 10 months, I am starting to doubt who I am anymore.

Should I keep trying to ride this hard year out with him, even though it is taking an emotional toll on me? I just want the anger to stop.