Incidents Of Abuse Are Few And Far Between The abuse started when I was a teenager. I've been with my husband since I was 17 and I am now 40. I identified early that I would not accept the abuse and he had a problem.

He did counseling and we didn't have any problems until a huge blow up about his infidelity. I cornered him with the truth and he put his hands around my neck and choked me. I was definitely afraid for my life.

I put him out and he stayed gone for about 2 weeks, but then we got back together. Fast forward to this weekend almost 7 years later we had a stupid argument and he reached for my neck but immediately ran out once he touched me.

I was not hurt but I was disappointed that he could even go back to that point. I'm not afraid of him. I'm more afraid that if he ever puts me in that position again I could really hurt him. 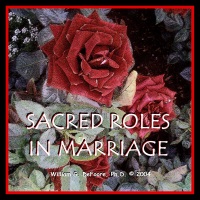 I'm confused on if I'm in an actual abusive relationship. I've definitely been physically abused by him in the past but I don't know if I give up or keep fighting for my marriage. There's no real arguing or issues in between these sporadic incidents.

He's willing to enroll back in counseling but I feel like until he lives a substantial amount of time on his own and figures out life for himself that he will always resent me for my success.