I Try To See The Best In Others I am a 26 year old woman who has been in a long term relationship with my boyfriend for about 6 years. We moved in together about 3 years ago and that's when he started showing his anger.

He has never physically harmed me, and we don't find things to fight about often (not because I am afraid to argue but because I don't find most trivial things important to argue about). We generally have a very healthy relationship. That is until he gets angry during an argument.

He seems personally attacked when really, I just want to express how I feel and talk things through. I try to keep a normal tone and not raise my voice. I try to stay calm and not attack him but he gets in my face and screams. He goes from 0 to 60, calm to screaming at me.

He makes me feel like I'm usually to blame and convinces me these arguments are my fault and our problems are my fault. That I'm the irrational one. When I try to walk into another room to get away from the loud stressful screaming. He will chase me...continuing to yell at me. I usually diffuse the situation...somehow, by admitting I'm wrong over and over until he calms down and can talk calmly again.

He can't be that far gone. I just don't want him to get worse. I want to help him without the ultimate consequence of leaving him. He openly admits he has an anger problem and it upsets him that this upsets me.

He wants to do better but we don't know how to start. I just want to be able to argue with him without being afraid of the volume and the attacks. He will admit when he's wrong. A few weeks ago he had gotten fed up about coming home to see the dog chewed the wall. The dog has anxiety and I have been working on new techniques to help the pup for a while now. 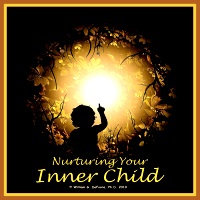 He stayed calm, then got drunk (something he rarely does) and then got angry and trashed our apartment. Nothing permanent, just flipping the card table and knocking everything in the living room and kitchen on the ground. Nothing was broken.

So it seemed like he subconsciously tried to curb his anger by not causing permanent damage. The dog was ok too. I mean, as ok as you can be after witnessing that. I was not home for that fit of rage unfortunately. I say unfortunately because I can usually calm him down when the dog does this.

Please. I need advice. He is willing to try anything and so am I. He does have a good heart.