Battle Between Leaving And Staying In the beginning it was very fun and nice having him. He is a very thoughtful and sweet person although I always knew he was sensitive.

His sensitivity turned into uncontrollable anger. He would throw things when upset, break things, hit a wall, call me names. But he always apologized and we genuinely have fun together, going on trips, hanging out.

We are both family oriented so we both hang out with our families and it's nice. I always expressed how these anger-related things made me feel uncomfortable and even started to point out that a lot of it was emotional abuse. He would say sorry, promise to never do it again and he would get better. He stopped calling me names. But somehow we always developed tension regarding to everyday things- things that could've easily been fixed, but mostly he was unhappy with me.

Not long later, I found out he was having an affair with someone he told me was just a friend (she even consigned on this at one point) until recently she decided to blow his cover and told me everything. She sent text messages, photos just things that broke my heart from the betrayal and lies. He first denied everything, which turned into a blow up - he was upset that I asked him to leave for the night. It ended with him hitting me and spending the night in jail.

When he was released he was apologetic and admitted to everything but had said the affair went on for 2 weeks (which the girl confirmed after coming clean with everything) & that he stopped it because of guilt. He promised he would do whatever it took to regain trust. He admitted to his wrongs for getting physical, took responsibility and promised to get help.

He is currently enrolled in Domestic Violence intervention program and I do my separate counseling. We started couples counseling with a clinical therapist that specializes in batter intervention. She is very hopeful that he is a great candidate for change. He has become transparent and honest about his whereabouts. Shows phone records, anything I ask to help ease the pain from infidelity. 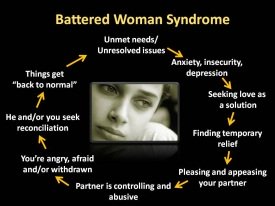 My counselor thinks I should leave during this process of change and out couples counselor feels like I should only leave if I feel threatened or afraid. I feel like he is really trying, and I have a backup plan in case things ever get abusive.

My boundaries are no cursing and no yelling. I've been pretty stern, and we haven't had a blow up or even yelled at one another since then (this happened about a month ago). I see that he is willing to change but there is so much work to be done - with building trust after cheating and abuse.

But it seems like he's committed. I know the flat out obvious answer is to leave, but I have a small amount of hope in this relationship and wonder what people think.